What If We Stopped Pretending? by Jonathan Franzen 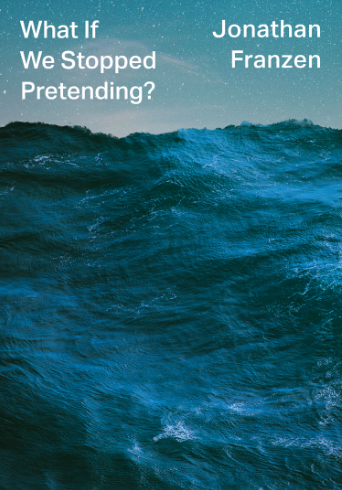 ‘If you care about the planet, and about the people and animals who live on it, there are two ways to think about this. You can keep on hoping that catastrophe is preventable, and feel ever more frustrated or enraged by the world’s inaction. Or you can accept that disaster is coming, and begin to rethink what it means to have hope.’ The honesty and realism of Jonathan Franzen’s writings on climate have been widely denounced and just as widely celebrated. Here, in his definitive statement on the subject, Franzen confronts the world’s failure to avert destabilising climate change and takes up the question: Now what?

Jonathan Franzen was born in 1959 and is the author of four novels – The Twenty-Seventh City (1988), Strong Motion (1992),
The Corrections (2001), Freedom (2010), – a collection of essays, How to Be Alone (2002), a memoir, The Discomfort Zone (2006) and a translation of Spring Awakening, a play by Frank Wedekind (2007), and most recently, The Kraus Project, a translation and consideration of Karl Kraus’s essays. His honours include a Whiting Writers Award in 1988, a Guggenheim Fellowship in 1996, the American Academy’s Berlin Prize in 2000, and the National Book Award (for The Corrections) in 2001. He writes frequently for the New Yorker, and lives in New York City.